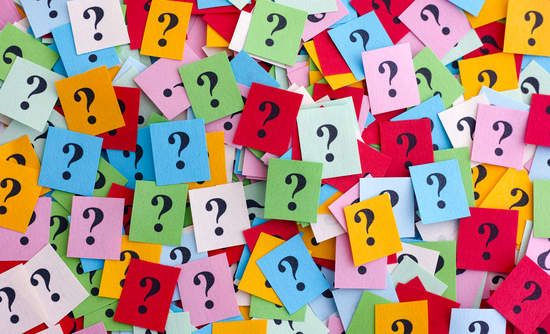 However, if no-one has told you about this stuff, how would you know? And I think knowing what you don’t know is actually kinda smart.

So let’s jump in and clarify some basics…

1. How long should a feature screenplay be?

Most screenwriters aim to bring their feature script in between 85 -120 pages. If you’re a new screenwriter it’s kinda smart to aim for a lower page count. (Ask me why here.)

2. What’s the main difference between a short film and a feature film?

The not overly useful answer is that a short film is shorter than a feature film. When you’re writing a short film screenplay you use most of same elements and techniques you’d use to write a feature-length screenplay.

No one has ever categorically defined the perfect length for a short film. There are short films that are 2 mins long and others that are 45 mins long. Plus the pre-requisites of TV channels, festivals and competitions differ from country to country. But ten to twelve minutes is generally considered the conventional length.

4. How do I copyright my screenplay?

The copyright is automatically yours once you write your screenplay. Some people like to register their screenplay with a registration service (run by local writers’ guilds) but this has nothing to do with copyright-ing your work – it is more to do with proof of ownership if your copyright is ever challenged.

5. How can I stop someone stealing my idea?

The short answer is you can’t. There’s no copyright in an idea. There is, however, copyright in your execution of an idea i.e. the screenplay or treatment you’ve written. So while the idea itself is practically worthless, the screenplay is not. This issue often causes new screenwriters angst but consider this question – is your idea so original that nobody else on the planet could have had it. Probably not. People have similar ideas all the time. But the good news is that your execution of a simple idea is what makes it original and unique. (Your premise/idea is something we’ll be discussing on day 1 of my Beginner’s Guide To Screenwriting.)

6. Do I have to use screenwriting software?

No, but for the love of God – why would you put yourself through the pain of not using it? Unless you enjoy spending hours of labourious formatting when you could be playing with kittens or eating cake, google free screenwriting software and discover how easy it is to use. (Formatting is the easiest part of screenwriting to learn.)

7. Will I be able to direct and cast my screenplay?

While the producer and director may well include the writer in the casting process (every team is different) it usually ultimately falls to the director. Unless you already have some cred behind you as a director or you’re planning to self -fund/produce the film then you’re probably not going to direct your first ever screenplay. It’s not to say it’s unheard of for a new writer to direct their own screenplay but generally speaking investors and producers are reluctant to put an untried director at the helm until they’ve proved themselves.

8. Common writing credits seem to switch between Screenplay By and Written By – which is correct?

Both. ‘Written By’ refers to an original screenplay as opposed to ‘Screenplay By’ which refers to a screenplay that has been adapted from an existing work e.g. a book or play.

Interested to know more? My two-day weekend screenwriting intensive is designed to teach you everything you need to know to start or improve your screenplay. It’s not about magic bullets or failproof recipes (surprise, they don’t exist!) – it’s about craft and insider knowledge that I am happy to share with you.

Want to learn more? Beginner’s Guide to Screenwriting Workshop is on Sept 7 & 8

Sign up for my newsletter database and get the heads up on all my workshops.